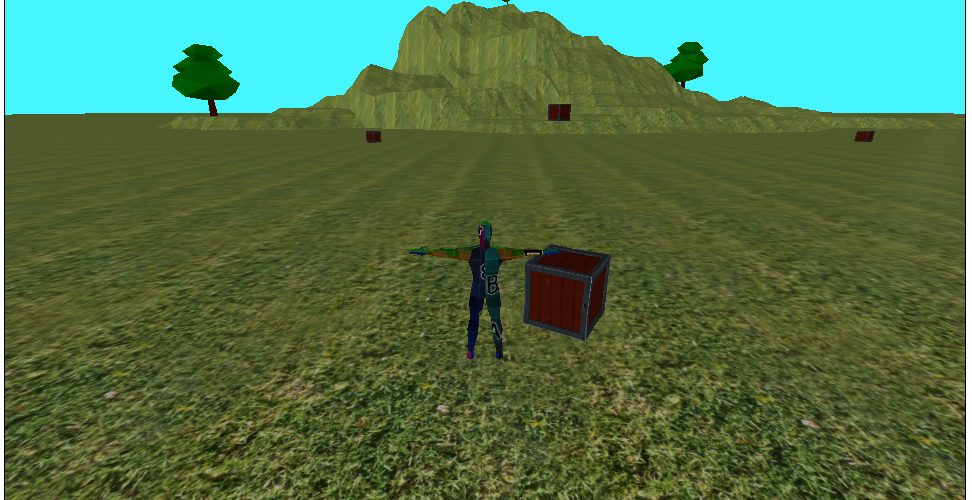 You can find the latest version of the “game” on the Isles of Arden page.  This release represents only very minor improvements to the actual game and is much more about the creation and integration of a world editor.  Having a functioning world/scene editor will make make it much easier to add new assets to the game in the future.  Check out the newest version and leave a comment letting me know what you think about the progress I’m making, and what features you would like to see in the game next.

Today I finished most of the features I said would be in v0.00.002 so I went ahead and released it.  I found a slightly better process to obfuscate all the code and pack it into a release, so hopefully that will make future releases a little easier.  Check out the game page to see the newest release and the notes.  I’m going to spend a day or so thinking about what I want to put into the next release then I’ll post about it.  And then I guess I’ll start actually working on it.

Today I released v0.00.001 of Chronicles of Tright: Isles of Arden.  It’s a stretch to call this anything like a game at this point.  It’s really just boilerplate code and a starting point for future development.  It was also a chance for me to test out some procedures for packing the code base up into a release and publishing it.  But it is a starting point and I’m weirdly excited to put out something so terrible.  You can move the character around with WASD.  Collision detection works and I’m using my own custom collision detection and response system.  The collision box around the one house on the map is intentionally oversized and the art assets are intentionally bad as they are just placeholders.  That’s really about it.

My idea here is to make numerous incremental releases on a quick schedule.  I’ve tried this before and had some success with it so I’m going this route again.  Once I get to the server side coding it may be more difficult to make such rapid changes but that’s a world I’m going to need so much work on that I’ll just cross that bridge when I get to it.  I obviously have many, many, MANY things to do before this is even close to a playable game, but I’m going to try and keep the additions for each release small and attainable.  So, for v0.00.002 I need to implement:

That’s a small list that I can hopefully get done in a few days.  I’ll then do another release and evaluate what features to add from there.

v00002 is now live. Check out the Code Magnus page in the top navigation to play and see the changelog.

Today I’m releasing the very first version of Chronicles of Tright: Codex Magnus. It’s a silly little thing that only technically qualifies as a game, but it’s a starting place. Check out the Codex Magnus page in the top navigation to give it a whirl.

Because I’m developing this game incrementally and starting with such an incredibly simple base updates will come frequently, especially at the beginning. I’m guessing I’ll release multiple updates per week at least for the first few weeks. After that it may slow down, but making small improvements to what I have now should be fast and easy.

That’s a pretty short list but getting animations to work from Blender to THREE.js has been just this side of a nightmare, so hopefully the next steps will be easier.

Chronicles of Tright: Lyridia v00003 is now live.  Here are the things that are new in this version:

It really feels like I should have more to list here because I seem to be implementing new things all the time, but I guess that just really shows the enormity of what this project really is.  I’ll take a little time tonight to start preparing a list of things to implement next, but if you have any suggestions feel free to leave a comment.

You can now run Chronicles of Tright: Lyridia – v00001.  That link will eventually be incorrectly titled because it just points to the latest available version of the game and that should change very soon.  That’s really neither here nor there because you can now go PLAY THE GAME*!!!  I’ve put an asterisk beside the word “game” because there aren’t any real “game” features at this time.  All you can really do is use the ‘wasd’ keys to walk around.  But it’s a start.  So, if you’re into walking around very small 3D scenes feel free to check it out.

The list of things the game doesn’t do is much, much longer than the list of things it does do.  Of course, I guess that’s technically true of any game.  Like, World of Warcraft doesn’t make you toast, or clean your house.  I digress.  What it does do is draw a scene you can walk around in.  You stay grounded on the terrain and you are magic because you can walk through buildings and trees.  It makes some shadows and hides things that are too far away from you in fog.  That’s really about it.  I’ll be finalizing the list of features to include v00002 over the next few days then hopefully have another release shortly after that.